Razan Ghazzawi, one of our Syrian heroes

Sometimes someone expresses the way you feel about something, or someone, so accurately, that there´s no need to add a single word. I would like you to read my friend Jillian York´s piece for the Guardian on our friend Razan Ghazzawi, who was arrested by the Syrian government on Sunday. #FreeRazan . And #FreeSyria.

Why Syria’s arrested blogger, Razan Ghazzawi, is one of my heroes 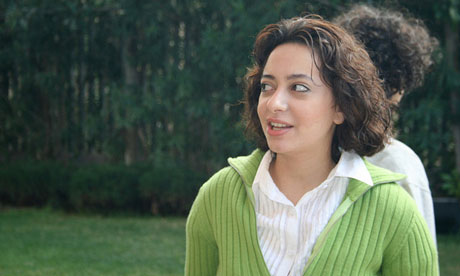 I got an urgent instant message from my good friend Razan Ghazzawi last Tuesday night. Having tweeted and blogged against the Syrian regime for the past several months under her real name, from inside Syria, Ghazzawi was concerned that she had become a target.

Always prepared, she sent me her contingency plan: close her online accounts. Syrians who have been arrested and detained over the past nine months have reported having their passwords demanded by authorities. Though closing her accounts wouldn’t help her, it could protect her friends – that’s the kind of person Ghazzawi is.

Those close to her say that she was on her way to a workshop in Jordan organised by her employer, the Syrian Centre for Media and Freedom of Expression, when she was arrested. Though it’s difficult these days to understand anything the Syrian regime does, her blog may have been the impetus for her arrest, or it may not have, but in either case her outspoken writing could very well make things worse for her.

By birth, Ghazzawi is an American citizen – though she would undoubtedly resent the idea of that being used to free her. In any case, it is unlikely that the US government could have any pull with the Syrian regime at this point.

I met Ghazzawi in 2008 at a conference in Europe. We only connected briefly – she was working on her master’s thesis – but we kept in touch and when I visited Syria the next year, reconnected. She is a consummate activist, never content to let something slide, always thinking, sometimes too much. She is passionate about LGBT and gender rights, Palestine and, of course, her beautiful Syria.

Though Ghazzawi had blogged under her own name for several years, at the start of the Syrian revolution she had a change of heart, changing her name on Twitter and locking down her Facebook account. I never asked, but I assumed she was scared. She left for a while for Lebanon, then Egypt, but ended up back in Syria soon after; I can only assume she felt compelled to return.

Eventually, she decided against anonymity, returning to her former outspoken nature and tweeting, her opposition to the regime coming across loud and clear.

What I appreciate and respect the most about Ghazzawi (and what I suspect is what irks a lot of other people about her), however, is her honesty and humanity. Though a staunch supporter of Palestinian rights, she has denounced the double standards of Palestinian resistance groups that have expressed support of the Syrian regime. She has not been afraid to speak up against those she disagrees with, even her friends. For that, she is among my heroes.

She has also been pragmatic, sceptical even, of the role of social media in Syria and throughout the region, consistently claiming that “online activists are overrated”. Bemused, annoyed even, at all of the invitations she’s received to represent Syrian digital activists at conferences, she has taken a pragmatic approach to the effect of digital tools in Syria, where access to the internet hovers at around 20% and DSL is mostly unavailable outside of Damascus.

Last time I saw her, at the Third Arab Bloggers Meeting in Tunis, she drove the point home: after learning that Palestinians had been denied visas to attend, she slapped a sign on her back that read: “OK, [Palestinians] denied entry. Let’s not just tweet about it!”

It is ironic then, that her own online outspokenness may be the cause of her arrest.

In respect to the Syrian opposition, Ghazzawi has been thoughtful, nuanced, writing about her love of Syria and her desire for a simultaneously free and peaceful Syria. On her blog, she recently wrote:

“Colonisation made us all a bunch of nationalists [fighting] for a label [rather] than for a value. I want to be living hand in hand with all of you, and this cannot be done if we see ourselves as ‘majorities’ and ‘minorities.’ The foundation of this logic lies in nationalism.”

But if there is one thing that represents Ghazzawi more than anything, it is her belief in the power of people – not politicians, not parties, but individuals. “It’s time for people’s self-determination to rule the region, you just wait and watch,” she wrote in October. Let’s hope that her prophecy is correct.